Dr. Altekhaifi on the Occasion of Gulf Statistics Day: Statistics Have a Prominent Role in Making the Right Decisions and Building National Development Policies 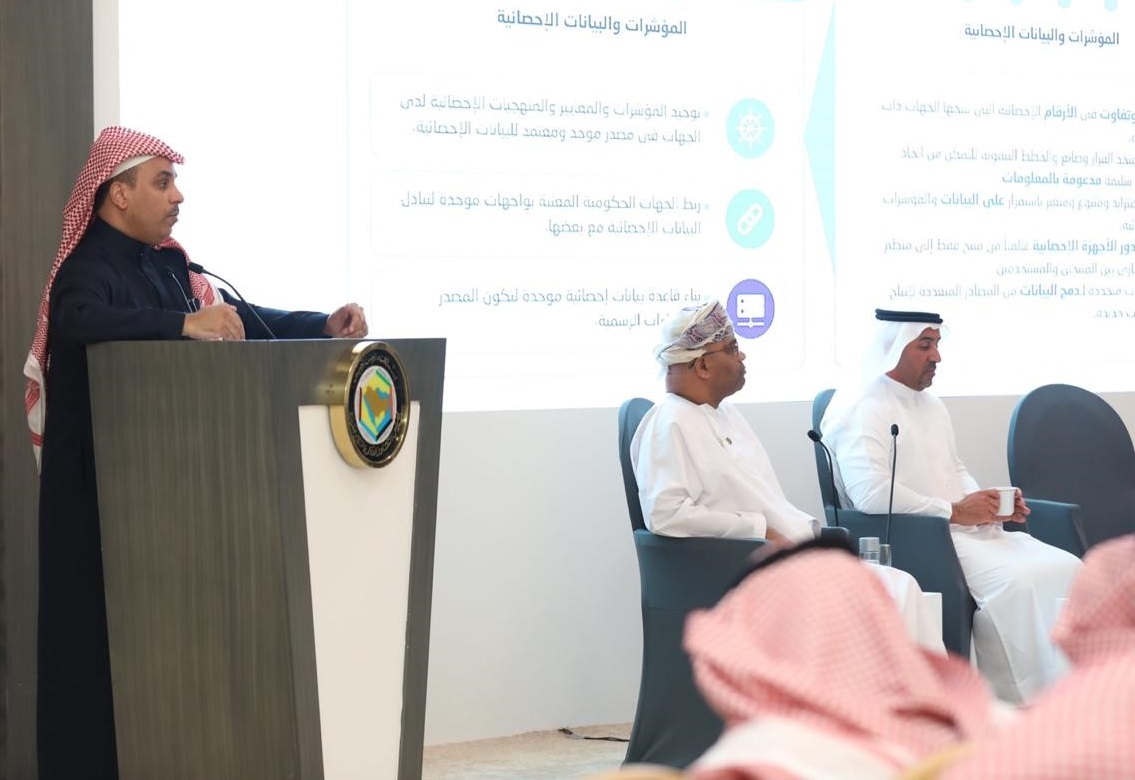 Dr. Altekhaifi on the Occasion of Gulf Statistics Day: Statistics Have a Prominent Role in Making the Right Decisions and Building National Development Policies

His Excellency the President of the General Authority for Statistics (GASTAT), Dr. Fahad bin Sulaiman Altekhaifi, congratulated the members of the Statistical Centre for the Cooperation Council for the Arab Countries of the Gulf (GCC-Stat) on the occasion of the Gulf Statistics Day, which falls on Tuesday 24th of December, 2019 under the slogan (Statistics, the Partner of Development). The President of GASTAT appreciated the role of the GCC_Stat, as it is the official source of data, information and statistics regarding the GCC countries, and for strengthening the statistical and information work for national statistics centers and planning agencies in the countries of the Council, noting that the Statistics and statistical centers play a prominent role in making the right decisions and building national development policies.

His Excellency, President of GASTAT, stated that the GCC countries have worked to address the challenges that faced statistical work, through accurate and reliable data that helped in measuring progress towards achieving the goals of the national visions of the GCC countries and the sustainable development goals, looking forward that the coming period will witness more cooperation in various statistical fields that draw policies and promote economic growth, by relying on numbers as one of the main sources in decision-making.

Dr. Fahad Altekhaifi said that in 1349H., the leaders of the Kingdom of Saudi Arabia realized the importance of statistics and information because it is one of the pillars of information building for any promising country that seeks to advance on sound and solid foundations. That year witnessed the beginnings of statistical work in Saudi Arabia, but after three decades from this date, specifically in 1379 H., the general statistics system was issued by a royal decree, so that the statistical work will be an institutional act and its statutory, administrative and technical references is a formal system. This system strengthened the organization of the statistical sector and elevated its tools, goals and aspirations until its transformation today into a general authority occupying its prominent position among the rest of governmental sectors, in order to activate statistical work and deepen its impact in the planning programs for a bright future and promote statistical awareness.

His Excellency pointed out the importance of the individual's role, describing it as the most important in the success of the statistical process, by providing accurate information and positive interaction with the field researcher. He also added that there is a true partnership between members of society in all its categories and statisticians, which will result in community development. He also pointed out that statistics are an effective and continuous process of development governed by scientific foundations and international rules similar to all countries in the world.